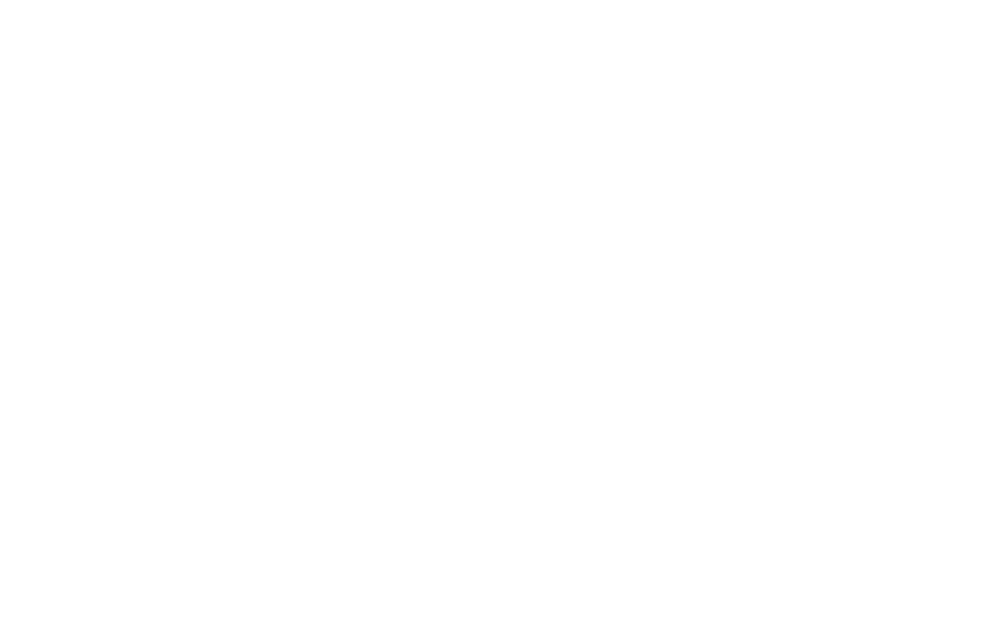 SYNOPSIS:
The Dutton family, led by patriarch John Dutton, controls the largest contiguous cattle ranch in the U.S. The Duttons aim to safeguard their legacy as they encounter clashes with land developers, pressure from an Indian reservation and attacks from numerous foes. 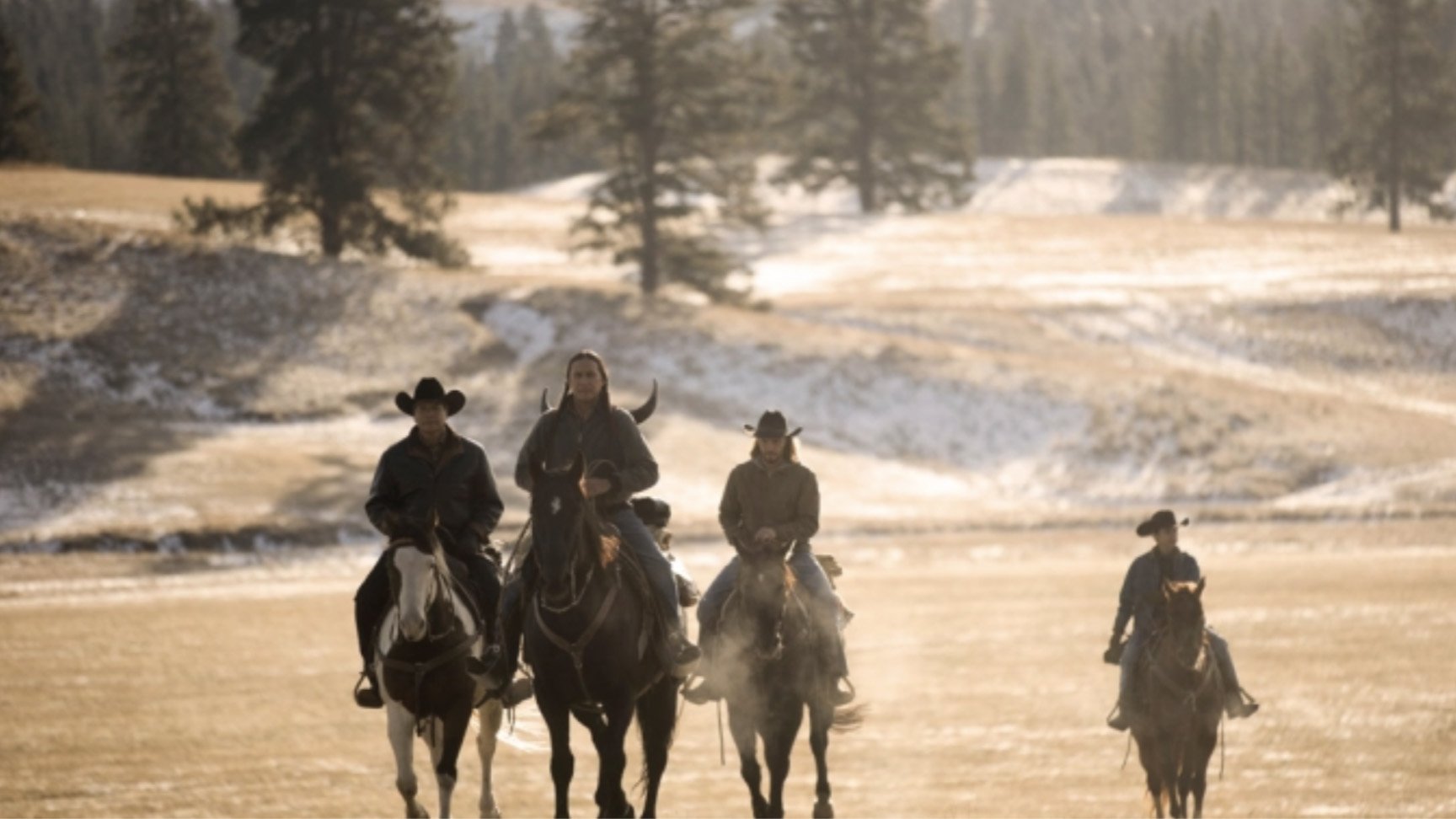 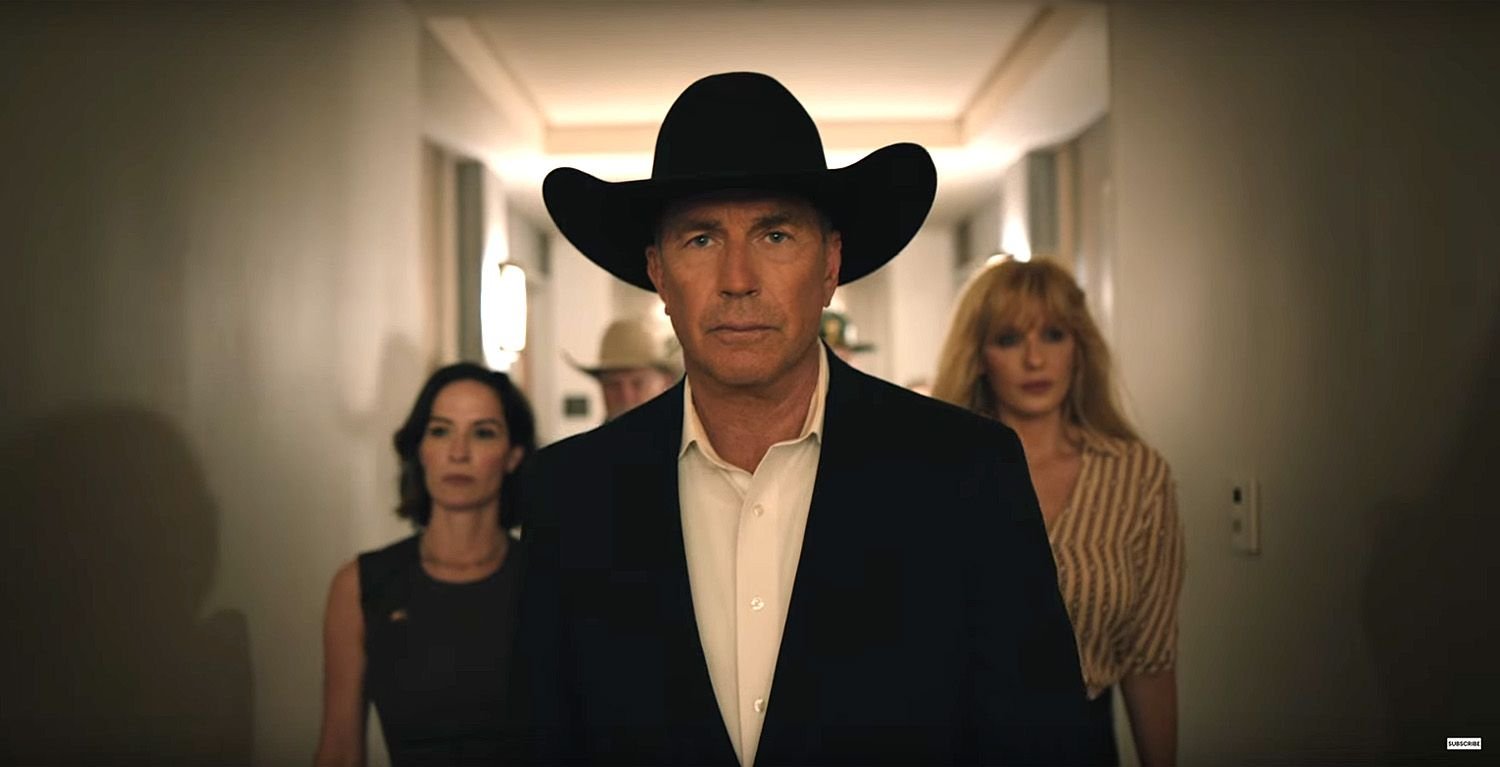 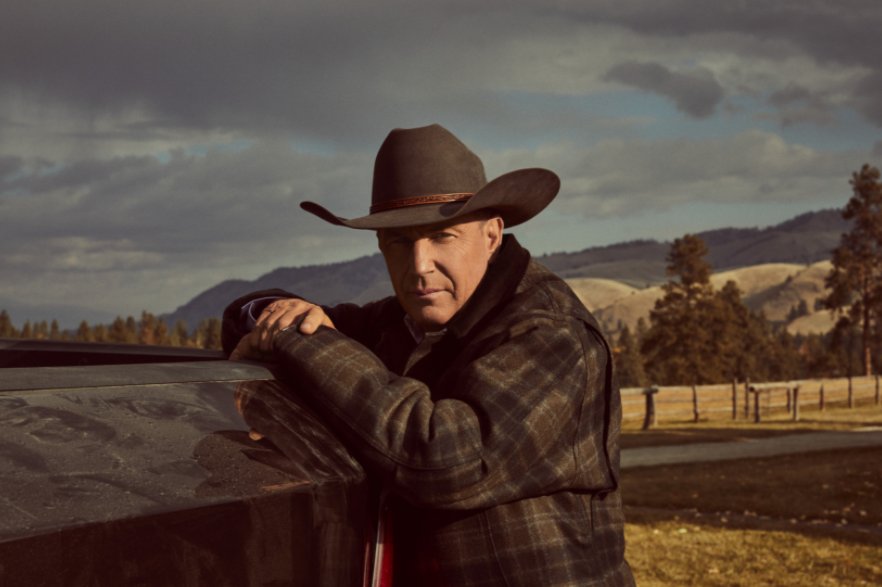 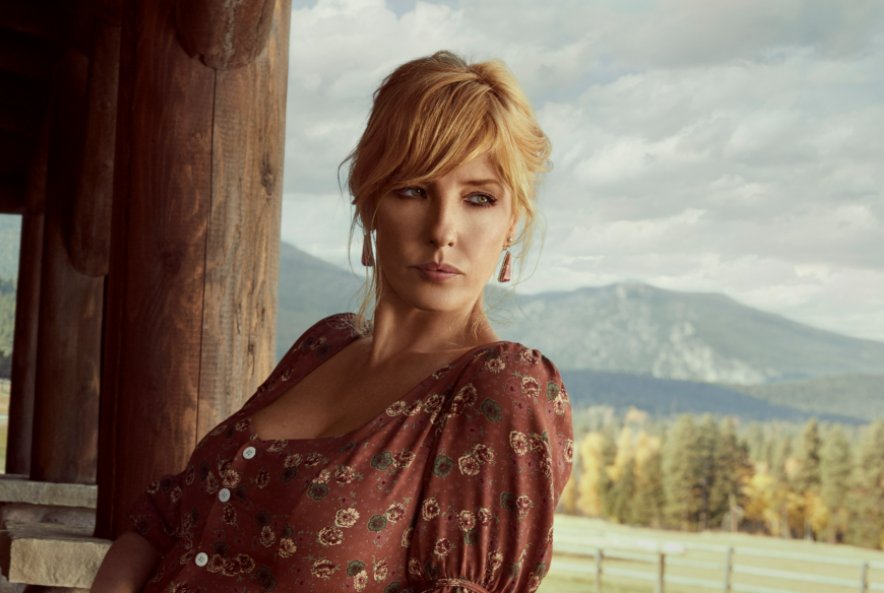 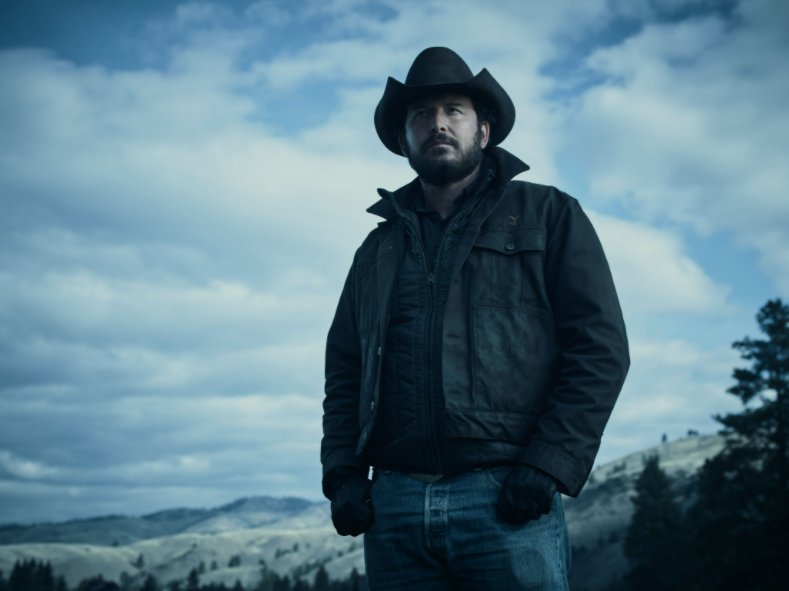 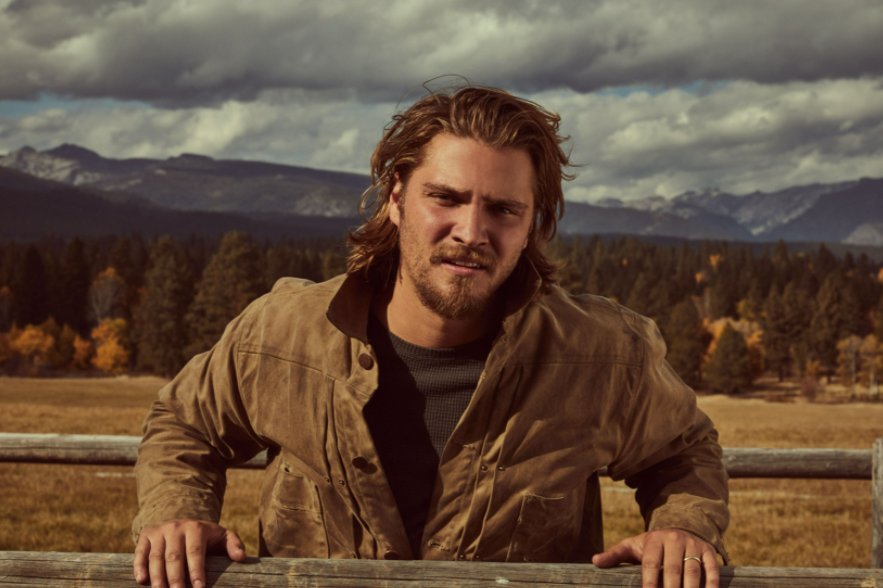 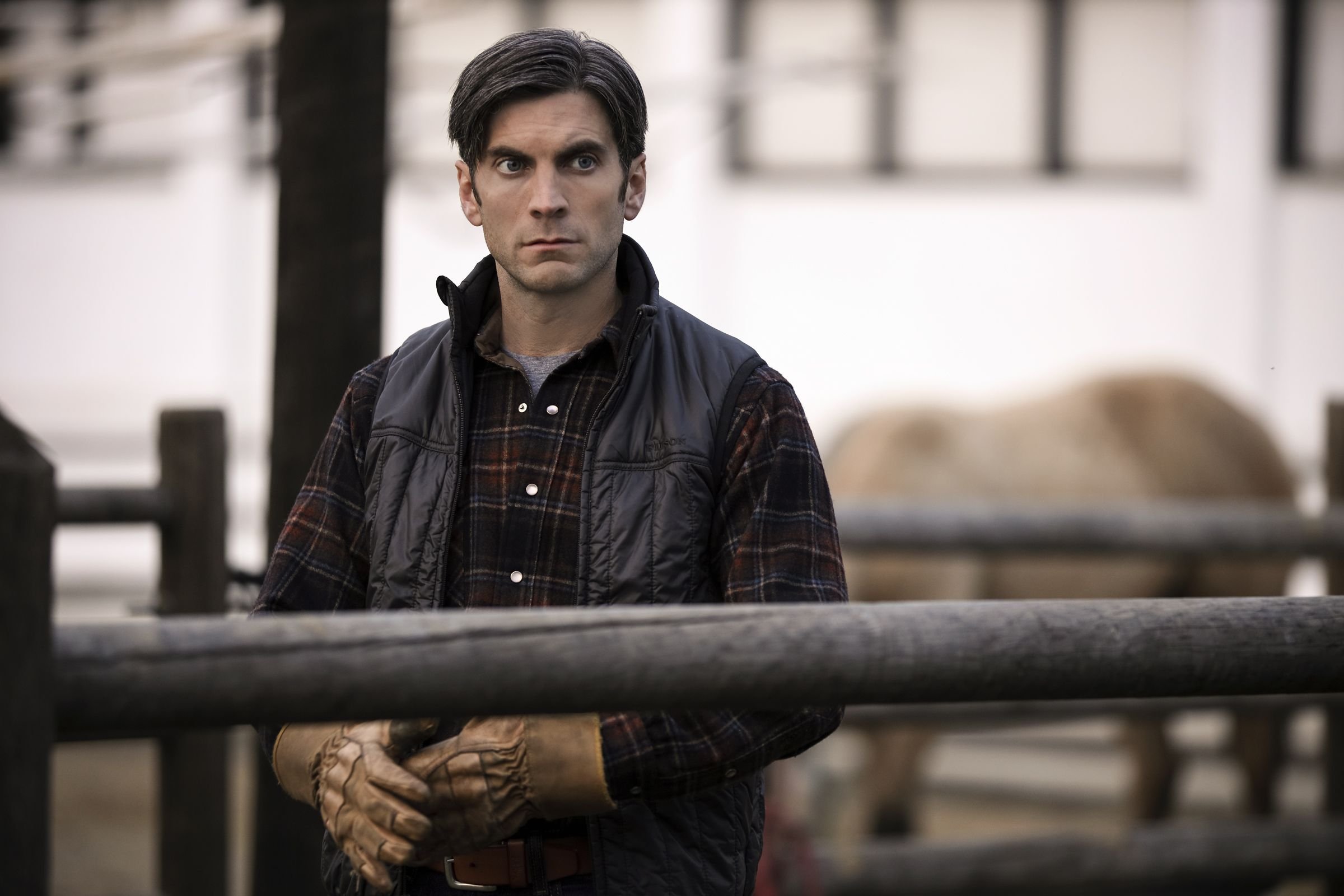 Costner is a critically acclaimed actor, producer, director, and musician. One of our generation's most accomplished actors, Costner's unforgettable portrayals of characters from Eliot Ness in the Untouchables to Crash Davis in Bull Durham, to Ray Kinsella in Field of Dreams, and to Jim Garrison in JFK, have fortified his place in American cinematic lore. In television, Costner also won the Emmy Award®, Golden Globe Award, and the Screen Actors Guild Award; for his role as Devil Anse Hatfield in Hatfield's McCoys. When Costner is not working on films, he sings lead vocals and plays lead guitar in his band, "Modern West," and can be seen playing venues across the country. The band recently recorded a collection of songs from and inspired by "The Hatfields McCoys." Featuring the song "These Hills," the album is entitled "Famous For Killing Each Other." The band's song "The Angels Came Down" from their album "Turn It On," was recently adopted by the Gold Star Moms and Gold Star Wives organizations, which support the mothers, wives and families of fallen soldiers.

Kelly Reilly's stage work at the National, in the West End, and in particular at the Donmar Warehouse made her a star of the London stage. Her performances in "After Miss Julie" and "Othello" at the Donmar earned her nominations for the Laurence Olivier Award for "Best Actress." In 2011, she reprised her role as Mary Watson in Sherlock Holmes: A Game of Shadows. Reilly went on to star opposite Denzel Washington in Flight, opposite Greg Kinnear in Heaven is for Real (which broke box office records) as well as in the John Michael McDonagh film Calvary opposite Brendan Gleeson and Chris O'Dowd. Kelly also starred in the second series of the acclaimed "True Detective" alongside Colin Farrell, Rachel McAdams and Vince Vaughn. Kelly will next be seen in the role of "Kerra" for new Sky/Amazon US series, "Britannia", and will star opposite Luke Evans in thriller 10x10

Cole Hauser has generated incredible performances in independent films. He was nominated for the Independent Spirit Award for "Best Supporting Actor" for his work in Tigerland. He also received much critical acclaim in his turn in White Oleander. He is the lead in the DirecTV series "Rogue." Cole's numerous other feature credits include Hart's War, Tears of the Sun, Higher Learning, Good Will Hunting, Dazed and Confuzed, Olympus Has Fallen, A Good Day to Die Hard, Too Fast, Too Furious, and most recently, "Yellowstone." Cole made his film debut in 1992's School Ties, co-starring alongside a host of soon-to-be big name players, including Brendan Fraser, Matt Damon and Ben Affleck. He worked with Affleck again the following year in Richard Linklater's Dazed and Confused, also featuring a veritable talent pool ensemble cast. Born in Santa Barbara, California, he is the son of Cass Warner, founder of the film production company Warner Sisters, and Wings Hauser, an actor.

Luke Grimes maintains a fearless pursuit of challenging roles, evolving with each new project and is fast becoming one of Hollywood's most in-demand actors, for both independent and mainstream film. Grimes was last seen in his reprisal of the role of 'Elliot' in Fifty Shades Darker, the sequel to the hit film 50 Shades of Grey. Grimes will co-star in Fifty Shades Freed, the final installment of the romance franchise. Luke also can be recently seen in Antoine Fuqua's The Magnificent Seven opposite Denzel Washington and Chris Pratt. On the small screen, Grimes starred in Greg Berlanti's hit drama "Brothers and Sisters" and HBO's top-rated series "True Blood." The son of a Pentecostal pastor in Dayton, Ohio, Grimes spent summers at church camp where he learned to play drums which led to his other passion music. He is also the lead of an alt-country band called Mitchell's Folly. In advance of moving to Los Angeles, Grimes studied acting in New York City and received a degree from the American Academy of Dramatic Arts.

Wes Bentley first gained recognition for his role in the Oscar-winning film, "American Beauty," in which he played Ricky Fritts, the soulful, artistic next-door neighbor to Jane Burnham (Thora Birch). He also portrayed gamemaker Seneca Crane in "The Hunger Games" and co-stared in "Lovelace" as photographer Thomas. In 2018, Wes will be seen in Paramount's popular franchise "Mission Impossible: Fallout," and the independent feature "The Best Of Enemies," opposite Sam Rockwell and Taraji P. Henson. He is currently shooting one of the leads of the upcoming Taylor Sheridan written and directed series "Yellowstone" for the Paramount Network. Born in Jonesboro, Arkansas, Bentley participated in drama club and cultivated a specific interest in improvisational comedy while attending Sylvan Hills High School in Sherwood, Arkansas where he founded an improv troupe with his brother Patrick Bentley and friends Damien Bunting and Josh Cowdery. At his mother's urging, Bentley attended Juilliard School in New York after high school graduation, but only for a short period of time.